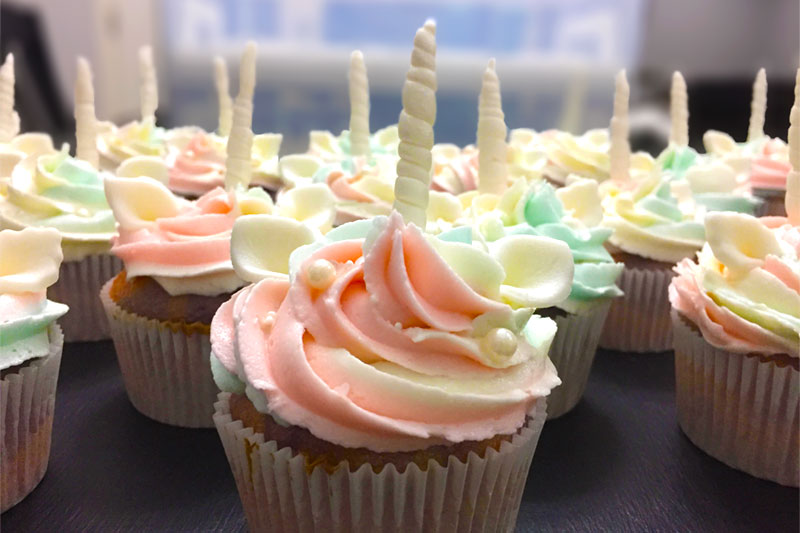 My little sister turned 9 this weekend, and we wanted something special for her birthday party. Knowing that she’s a die-hard My Little Pony fan, we opted for unicorn cupcakes.

I started out the process a bit apprehensive. They seemed like SO much work. Once I got started, though, I realized they’re actually pretty easy. They definitely take more time than your standard cupcake, but the end result is totally worth the investment.

In my little sister’s words, “They’re too beautiful to eat.”

The coolest thing about them is that they make you look like a modern marvel of baking genius, when actually anyone is capable of making them.

The most time-consuming part is making the unicorn horns and even that goes really quickly once you get into the groove.

I was tackling these during the workweek for a Friday party, so I saved myself some headache by making the cupcakes the day before and assembling all the decorations the next day. Totally optional, but it felt a little less daunting tackling that way.

Build the unicorn horns and ears:

Frost and decorate the cupcakes.

The lemon extract isn’t necessarily, but it adds a lightness and brightness to the cupcakes that you don’t get with only vanilla flavoring. Highly recommend this addition. For the frosting, I use clear imitation vanilla extract so it remains very white. This recipe is simplified, but you can easily make your own batter and fondant to make it even more elaborate.

What’s on the menu?